TO BE RELEASED JUNE 14 HERE

ALONG WITH FIRST DIGITAL RUN OF THE SUPERHERO SUITE 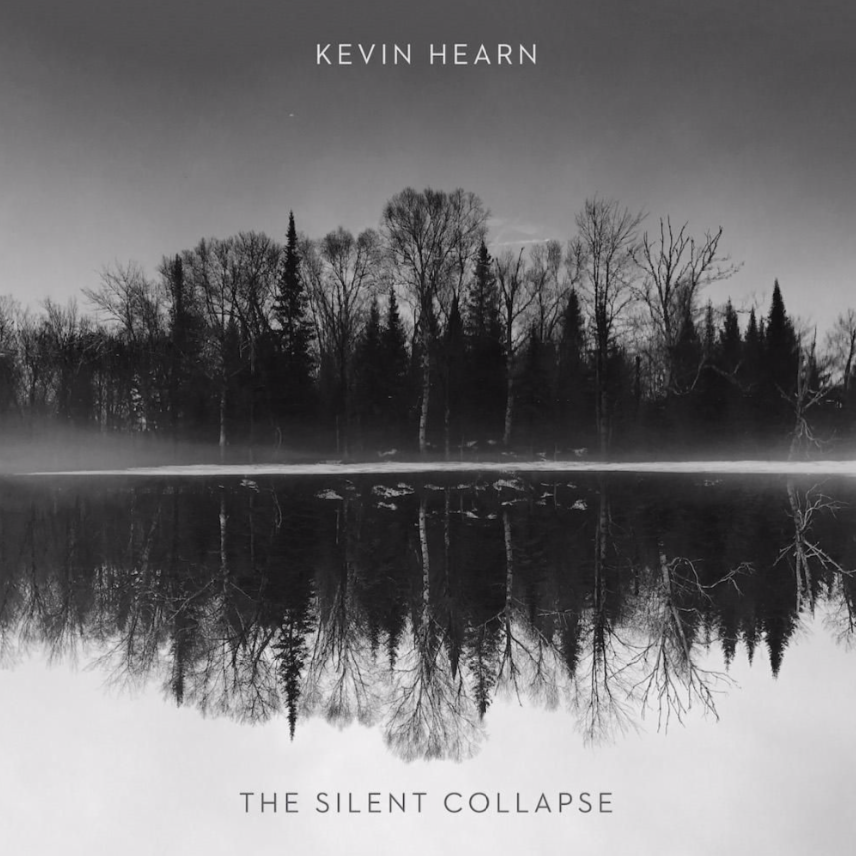 (May 24, 2019 - Toronto, ON) – Award-winning multi-instrumentalist Kevin Hearnreleases the second single and video “The Silent Collapse” from with his widely-anticipated new solo offering, Calm and Cents, which will be available on vinyl, disc, and digitally on June 14via his Celery Music imprint. There’s a significant visual component to Calm and Cents. “The Silent Collapse” video directed and animated by Sonia Beckwith Cole is abstract, exploring the extinction of countless species through unique animations based on Hearn’s own drawings. Watch HEREand stream HERE.

His first single “The Chemical Valley” HEREis dedicated to the people of Aamjiwnaang First Nation, who have seen their traditional territory in Southern Ontario transform into one of Canada’s most polluted, causing unimaginable and undeserved hardships. The self-produced predominantly-instrumental collection on Calm and Centsfeatures sprawling soundscapes created and captured at Hearn’s secluded studio in Northern Ontario – half in the summer, half in the spring –  with Hugh Marsh (strings), Chris Gartner (bass), JUNO Award-winning producer Gavin Brown (percussion and programming), and a few special guests. The stunning album is inspired by our natural world, shifting seamlessly between celebrations of its ethereal beauty and the troubling urgency of what we, as humans, are doing to it. “I didn’t want to get on a soapbox, necessarily,” Hearn says about his theme, “but rather just relay those feelings through music.”

Alongside the new album, Hearn will re-release his entire catalogue, which dates back to 1997 (his solo debut, Mothball Mint) and includes Cloud Maintenance (2011), Days in Frames(2014), as well as albums with his longtime band and collaborators Thinbuckle:H-Wing(2011), Night Light(2004), The Miracle Mile(2006) and Havana Winter (2009).  His catalogue also includes a first time digital release of Record Store Day Canada project Kevin Hearn & Friends Present: The Superhero Suite.The unique collection features a well-known and eclectic cast of close friends and musical heroes performing an array of superhero-inspired songs, including Barenaked Ladies, Violent Femmes, and Colin Hay covering the Batmantheme from the classic ‘60s TV series. The initial limited-edition vinyl release, from which all the proceeds were donated to MusiCounts to support music education in Canada, sold out nationwide and debuted on the Nielson Chart at Number 7.

“Some of these projects have been in the works for a few years, and it seems the universe just sort of decided that they all needed to come out this year,” Hearn shares – and that doesn’t faze him in the least. He’s also the subject of a documentary There Are No Fakes, a riveting deep dive into the tragic history of indigenous art forgery and exploitation, for which he composed the score. The worldwide premiere screenings in Toronto sold out, leading up to the national theatrical release in June.